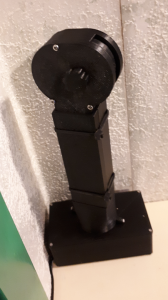 To check whether my 3d-prints are printing fine, I bought a cheap IP-Camera module from Banggood. I designed a housing for it in Fusion 360. I also bough a power module from e-bay to stabilize and control the power. I used an old adapter (9V, 500mA) to power everything. 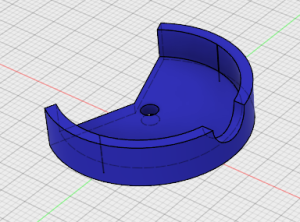 Starting with the purple module for the camera in Fusion 360. Here you see one side. In the small hole I glued with epoxy a bolt (M3 on both sides) so the camera can be adjusted in height. 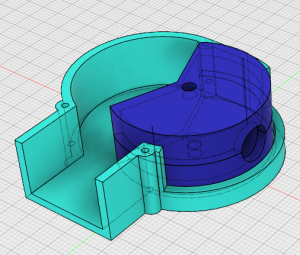 The purple module can pivot in the light blue housing. The big hole is your the small camera which is connected with a ribbon-cable to the electronics. 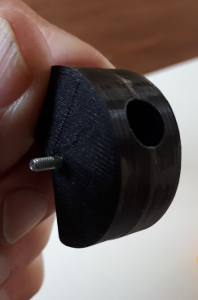 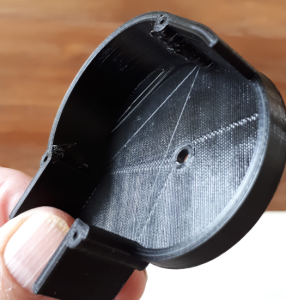 One side of the housing. (light blue part) 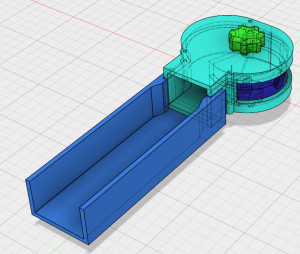 In the dark blue shaft I hot glued the electronics. 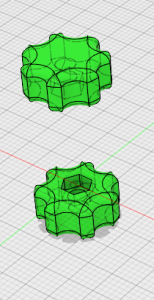 The small knob fit over the nut to lock the height adjustment. 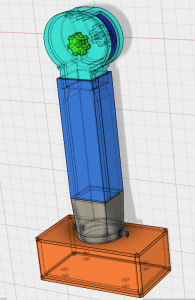 The grey part is made with the loft function in Fusion 360 to convert the square form to a circle. The grew part can rotate over the brownish/ orange box and can be locked with small (M2) screws from the side. The box acts as the base with the power module screwed in.

The power module can be adjusted. I tried various voltages and used 4.5 Volts. 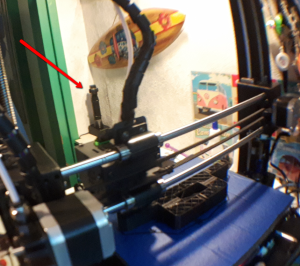 Hard to see but this picture is taken from behind the 3d printer. Follow the red arrow to fine the black IP camera. 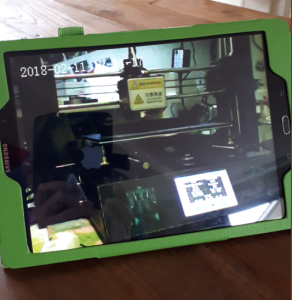 With an Adroid device and Plug&Play app 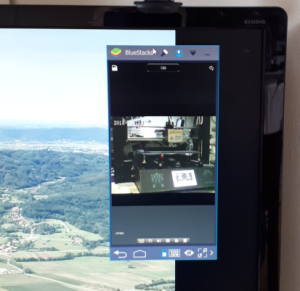 With BlueStacks it is possible to run Android app’s from your Windows 10 machine.